Google Cleans Out Spam With A Panda Update. Again!

Google Cleans Out Spam With A Panda Update. Again! 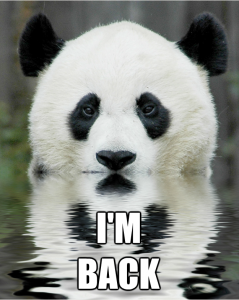 Back in Feb. 2011 Google released its first Panda update to prevent duplicate content. Google started devaluating article directories and all duplicated content. The Panda update had affected many sites rankings. Google wants to show its users the best possible results by cleaning up spam. By removing syndicated content and devaluating article directories, Google predicted a cleaner SERP. Google was successful with this first update. However, there have been many other spam tactics that were not devaluated yet, Google has to determine real content from spam.

Updates are not new to Google. Google is always tweaking little things and every so often they do a major update such as the latest update to Panda. Google’s most recent Panda update targets relevancy. Every site has link juice AKA “Page Rank”, Page rank is gained from one site linking to another. Before the latest Google update, any link linking to your site would pass link juice, even if the sites were not relevant to each other. This left the SERPs vulnerable to spam, all you had to do to rank is find a few sites with high Page Rank and get them to point a link to your site. The turn out for this is loads of spam links from blogs, blog commenting, buying links, irrelevant forum signatures and other irrelevant locations. In other words many so-called SEOs were working on gaming the system, they did not care about where the link was coming from or if anyone even sees it, they only care about the link juice. They only care about the link juice, unlike Boasting BiZ.

Google is a business and they are here for profit. Keeping their SERP’s clean will ensure that they stay the top choice for search. Google had no choice, they had to clean out the junk and many sites were affected. I call it the “Google Flush” Google calls it the Panda update. Google’s most recent Panda update, in April 2012, targeted relevancy between linking sites. Google decided to only pass link juice when sites are relevant to each other (within Context). If a site for baseball links to a site for commercial real estate no link juice will pass. The more relevant the sites that are linking are to each other, the more link juice will be passed.

How can Google determine relevancy between two sites?

Google now looks for similarities of phrases between sites. If the site you’re linking to has the term “abc” 10 times and your page has “abc” a few times this makes sense and the link juice will pass. However, if the site you are linking to do not have “abc” in it at all, they will not pass link juice. Google is also aware of related terms. For example, if you were targeting “metal building” and you link to a site that mentions “steel building”, Google knows that these terms are similar and will still pass link juice. Many sites have been devaluated from the most recent update and many of them deserved it. In my opinion, Google is just doing their job by keeping the SERP clear of spam and time wasting results.

What are some good practices to apply to the new Panda relevancy update?

Stay relevant! Only search place a link where it makes sense from a user point of view. If it makes sense to the reader, it should make sense to link. “Give the people what they want and Google will give you to the people.”

No matter what the case may be, always keep relevancy and your users in mind and your site will be safe from this Panda update and future ones as well.

Lost Rankings? Some tips to recover from Google Panda Update…

Google’s Panda update is looking for relevancy, if for the most part you have been relevant, and you only linked some non-relevant sites, you can go back and delete some of the links (if possible). You might have to contact some webmasters and ask them to take down these links. However, if you have been spamming and all your links are garbage, you’re better off starting from scratch! A site that has mostly non-relevant (spam) links will take too much effort to recover from this update.

Are you building relevant links to your site?

Are you giving your audience what they are looking for?

Are you finding your audience in the appropriate locations?