Ten of the Best Business Fails of All Time

I got to have a good laugh putting together my list of the 10 Best Business Flops of all time.  Some you may remember, and others you’ve never heard of…. for good reason. 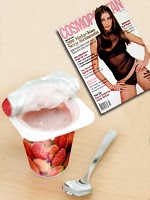 Is yogurt sexy?  Um, no.  Apparently the general public didn’t think so as the product was cancelled after only 18 months. Proving that Cosmo is great at sexy magazines, bad at sexy food.

Flavors like ‘Tangy Fish’ and ‘Crispy Beef’ left consumers retching in the PetCo aisles.  Needless to say, it never really caught on. I guess the idea was little far FETCHED. 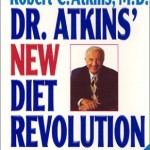 Remember when we’d go out to eat and order a 1/2 lb. burger with two kinds of cheese and bacon and then wrap it in lettuce leaves instead of a bun?  ‘But there’s no bread!’  Yeah….   Turns out eating a lot of fat and calories isn’t healthy….  Insult to injury?  Dr. Atkins’ leaked coroner’s report following his death revealed the cause was a heart attack- shocker!- and that he weighed 258 pounds.

Bill Gates was set to show off the new, unreleased Windows 98 program at a press event.  Much to his surprise, audiences got a front row seat to a big blue screen as the program crashed on the spot.  Gates laughed it off and was quoted as saying, “That must be why we’re not shipping Windows 98 yet.”  Oops.  Oh, well.  He’s still Bill Gates.

6.  Look of Buttermilk and Touch of Yogurt Shampoos by Clairol 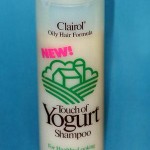 Who wants sticky, yogurty hair that looks and smells like buttermilk?  Oh, no one?  Apparently.  Clairol’s launch of these dairy inspired products failed miserably in the late 80’s.  It’s a good thing they were already a household name with several successful products that kept them from being tanked by the failure. 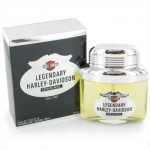 Eau de motor oil?  Unimaginably, Harley Davidson perfume and cologne was shunned by its almost cult like followers.  The brand has successfully branched out into clothing, shoes and accessories, but flopped like a fish when they ventured into fragrance.  Yet, Justin Bieber’s perfume is a top seller right now.  Sweaty prepubescence is the scent of the week! 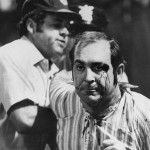 This idea conceived out of an effort to boost game attendance during the 1974 baseball season was actually a huge success- a little too successful.  On June 4, the stadium promoted it’s ‘Unlimited 10 Cent Beer Night‘ and the fans came out in droves.  With tension high after a series against the Texas Rangers, fans grew a little more disgruntled as the alcohol flowed and riots ensued.  Players fought with players, players fought with fans and chaos was the theme of the night.  Having scheduled three more of these promotional nights for the season, the club decided to put a cap on it at 4 beers per person. 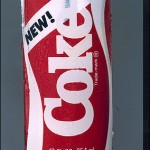 In 1985, when CocaCola started feeling the heat from ‘other’ cola companies; it decided to launch a new product.  New Coke was born and the company even abandoned its long standing and successful classic CocaCola brand and formula.  Consumers revolted and the company was forced to go back to its roots.  Lesson learned?  If it ain’t broke don’t fix it! 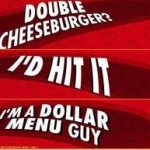 Morgan Spurlock’s movie “Super Size Me” educated people about the content and effects of eating a lot of McDonald’s on a regular basis.  The company noticed a big enough drop in sales to feel they needed to appeal to the younger generation again.  Their idea?  Incorporate some slang into their marketing campaigns.  After all, they’d had huge success with getting main stream pop star, Justin Timberlake to sing their new jingle.  Why not take it one step further?  In 2005, the ‘I’d Hit It’ campaign was born.  Ick!  Even the most devoted McDonald’s fan does not, in fact, want to defile their quarter pounder with cheese. That’s a McDon’t. 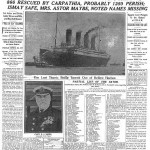 What’s the best business fail that you can remember?