Will Google+ Change Everything about Search? 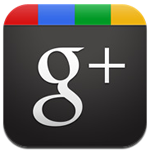 There’s a lot of buzz these days about Google+.  We’re hearing stories of it being blocked by Facebook, that it’s already being favored by the male population ( I have a theory on that…but it’s not blog friendly ) and that it’s basically setting the stage to complete Google’s process of complete world domination.

Upon my first visit to Google+ a little over a week ago, I find that it’s extremely user friendly.  I mean, how hard is it to drag someone into a circle?  But, let’s look at this a little deeper.  Google already knows more about me than my mom does.  And that’s saying a lot.  I talk to my mom on average of at least 2 or 3 times a day on the phone, we do lunch frequently and she stops by my house on her way home on a regular basis.  I tell her everything.  But, she doesn’t know exactly what I’m doing on my computer 12 hours out of the day.  She doesn’t know that I have a penchant for visiting shopping sites like Piperlime ( in my free time, boss ) to fill up my cart as a ‘wish list’ of purchases I’ll make when I’m filthy rich.  (I guess that cat’s out of the bag now…)  Google has known for a long time and Google+ now knows my friends, what I look like, who I converse with regularly or just stalk.  What will it do with all of that information?  Google+ is not for the paranoid or faint of heart.

For those who may not be in the know, Google+ is the new social networking site that’s been launched by Google.  It works a little bit like Twitter and a little bit like Facebook – a bit of a hybrid if you will.  You follow people, put them in your circles and they put you in theirs.  You can read the posts of people you’re following even if they’re not following you.  There’s an iPhone app and it’s already reportedly grown to around 18 million users in three weeks.  For reference, it took Facebook a little over a year to get to 5 million.

How it will affect businesses and their organic search engine results is to be determined.  I think it will change the game completely.  That’s just my opinion.  And I’m wrong A LOT.  But if you’re a business owner, you might want to at least brush up on how Google+ works because the business friendly version is coming soon.  Get ready, people. Google+ is coming for you.